The Marketing Secret From ‘Beauty And The Beast’ 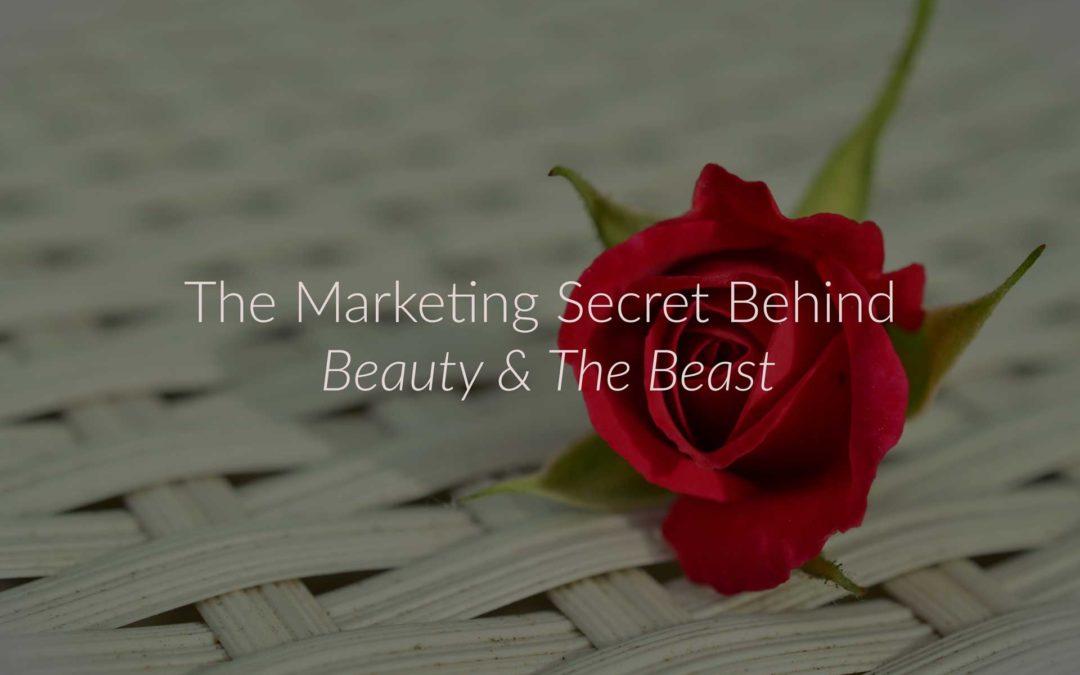 What if I told you Beauty and the Beast contains a powerful, yet surprising marketing strategy you can use to effectively engage more customers for your business?

Beauty and the Beast was a smash hit in 2017. This remake of the beloved 1991 Disney animated film grossed over $1.2 billion worldwide, putting it at No. 8 on the all-time global revenue list.

That’s quite impressive for the remake of a 26-year-old cartoon.

Boasting an all-star cast, a visually stunning set design, and songs we all remember, this film gave viewers a new perspective on the characters we’ve loved for nearly three decades.

What made it so popular? And what can this film teach you about marketing your business?

The answer to both questions lies in an incredibly powerful marketing tactic: nostalgia – pointing people back to a beloved time.

It’s a powerful marketing tactic that works, and you’re going to see why.

Beauty and the Beast … and millennials?

Let’s look at the first question through the lens of nostalgia. In the last three years, they’ve re-released live versions of beloved animated films like The Jungle Book, Cinderella and now Beauty and the Beast.There are plans to do a live action version of Aladdin, and 2018 will bring us a live action version of The Lion King (my personal favorite).

If you think about history, most of these films point back to what we call the “Golden Age” of Disney movies. Disney hit countless home runs with a variety of animated films throughout the 1990s. People my age grew up with these films and are embedded in our memories as part of our childhood.

That’s right. Millennials. The largest generation in the country. The people representing more than one-third of the American workforce. The people you may or may not like.

For many in this generation, our childhood is anchored in these Disney animated classics. We probably owned the VHS and maybe a stuffed animal or costume of our favorite character. And if we were lucky, we got their autograph at Disney World.

During the Golden Age, we were seven or eight – just a group of younglings in elementary school. Now we are in our 20s and 30s with discretionary income, and there’s greater opportunity to engage us as customers.

And at this point in our lives, we likely represent more than one ticket to a movie. My wife and I saw it, and I know countless friends who took their kids to see it. Despite the fake news on your Facebook news feed, millennials are getting married and having kids.

A flashback to a yellow dress

When Disney released the first trailer for Beauty and the Beast last year, millions of women in their 20s and 30s didn’t just see their favorite film brought to life in vivid detail.

They saw themselves at a young age wearing that famous yellow dress. They remember the first time they tried on the dress and spun around to ensure it spun well. Their minds flashed with moments of wishing they could read books and sing around town like Belle.

Disney understands the power of nostalgia. Disney Parks feature “Main Street USA,” a fictitious town meant to remind people of living in a small town at the turn of the 20th century.

Why create this space? Because it invokes feelings of nostalgia, the same feelings we experience when we smell a dessert that reminds us of Christmas at grandmas or when the smell of freshly cut grass makes us think of being out of school in the summertime. Our minds go back to a happy place that drives us to make purchasing decisions today.

Using nostalgia as a marketing strategy is not an anecdotal choice. It’s been proven by leading thinkers at Bain & Company as one of the top 30 ways to convey value to a customer. These strategies were released last year after countless hours of studying the keys to driving purchasing decisions.

The team at Bain & Company included nostalgia in their list. Why? As with Beauty and the Beast, customers like to have their minds wander favorable times in their past. People like to escape the stress of every day and remember – even if it’s wrong – what a simpler time felt like.

I don’t want to start a political war here, but that’s part of the approach Trump took in his campaign. He referred to a time in the past where America was greater than it is now and promised to take the country to that place. He didn’t – to my knowledge – ever clarify what that time was or why it was better.

But he leveraged the powerful tactic of nostalgia to anchor an idea in the mind of voters. Whether you like him or hate him, it worked.

What this means for you

Think about your product or service for a minute. What perspective can you communicate to customers that takes them back to a favorable time in their past?

Nostalgia marketing doesn’t have to be complex. And it doesn’t have to invade every piece of marketing collateral forever. Instead, use it as a tool in your toolbox. Put it to work when you want to engage people in a unique way. Use it well, and customers will respond.