Have a Character That Is Bigger Than Your Birth Year 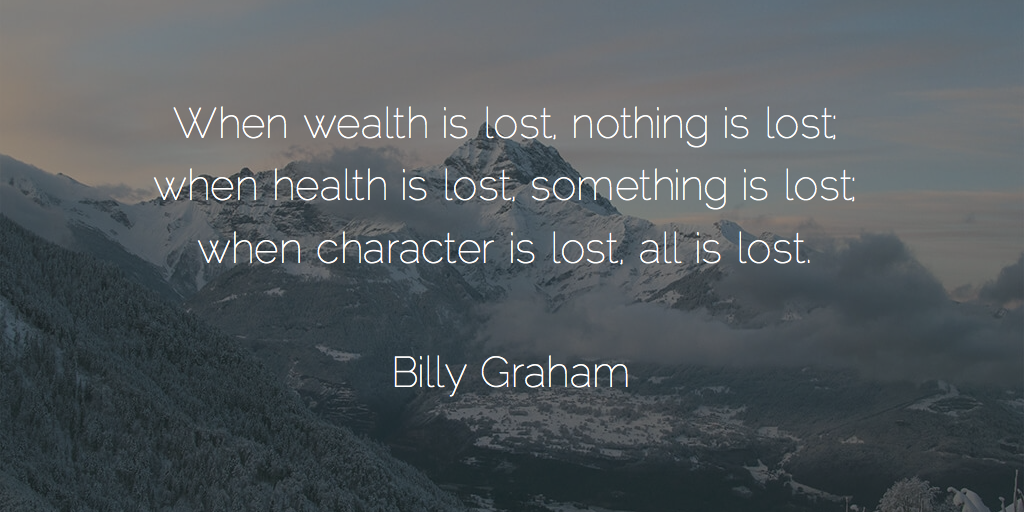 The internet has been on fire over the story of Ryan Lochte and three other American swimmers allegedly getting robbed at a gas station in Rio. That was the initial report, at least. Over time, however, it became clear that the initial story was not the accurate story. While the facts still seem a bit murky, it appears Lochte was not entirely truthful in his initial account.

As the story has developed, sponsors of Lochte have dropped their contracts with him. Despite winning 12 medals in his Olympic career, these companies want to distance themselves from the perception he has created.

In other words, his achievements are being outshined by his character.

I’m not here to offer commentary on this story, as there is already a significant amount of it online. Instead, I want to focus on one thing we can take away from this saga: the need to develop our character.

You can train competency, and you can help someone adapt to a culture. But character cannot be trained. It is something that must be developed by the individual on a daily basis.

Focus on what matters

As millennials, we tend to be shortsighted on many issues. Instead of taking a long view on things, it is easy to get caught up in the “next big thing” mentality. Yet that approach is disastrous when it comes to character, because that is something that is only built over time.

Despite the time it takes to build character, let’s not assume that age automatically implies you are an exemplary. Remember Bernie Madoff? He is in jail for the biggest Ponzi scheme in history, and he’s not a young fella.

Age and character are not directly proportional, meaning the older you are the better your character. Instead, it is directly connected to the time invested in developing it. This is a process that requires consistent, intentional development, much like the strategy Ben Franklin used to plan each day.

So why is this topic important to us millennials? Why should we be having more conversations about it? Why should we focus on it more in our daily lives?

Because if we want to be leaders and change makers, we must focus on first being people of great character.

Remember, it is a direct correlation to the time invested in development, not age. If you want to be a leader or change maker in your circle of influence, you must be intentional about development. Or to put it another way:

Have a character that outshines your birth year.

We cannot let our character get in the way of our ability to lead significant change in the future. Despite your political leanings, you cannot believe that our 2 current presidential candidates are exemplary, upstanding citizens. Each one has recent events in their history that are questionable at best.

So what should we develop in order to be exemplary leaders? If we want to develop ourselves, where should we focus? Here are 3 areas you should consider developing first:

How to develop Your character

So how does one develop these traits? Leadership expert John Maxwell says, “Leaders are made daily, not in a day.” This development process is ongoing, and it requires focus and intentionality. In what ways can you develop your character in the 3 areas listed above? Here are a few questions to consider:

If you want to be someone who leads change in your company or in your circle of influence, focus on developing your character first. Skills are easy to acquire, and you can adapt to fit a culture.

How do you develop your character? Share in the comments below!