#FeedbackFriday: An Introduction To The Biggest Trend In Business 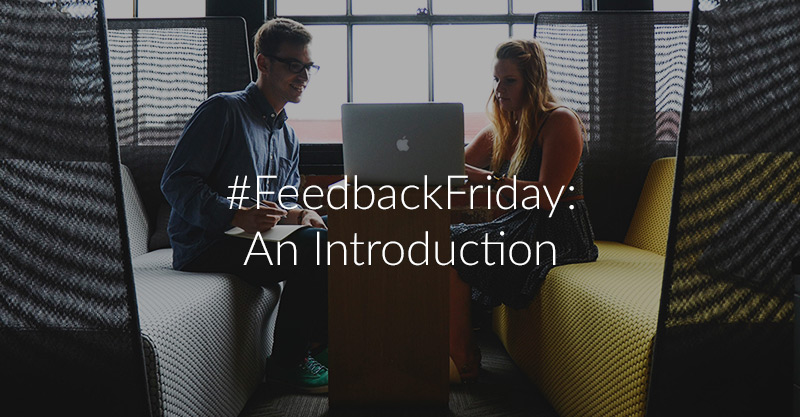 Sometimes you hear a truth you already know, yet you still haven’t acted on it. We’ve all done it, right? Well, you’re about to hear something you already know, but still aren’t doing. Are you ready? Here we go:
The annual review is dead.
Yes. You read that correctly. The long-standing king of employee performance is dead.
You knew it was dead the first time you had to sit through one. You remember that day well:
Let’s not even talk about your first time giving annual reviews to your team members:
Annual reviews were once heralded as the way companies ensured professional growth in their employees. This one day served as the benchmark for how the remaining 364 days would be judged. This one meeting, possibly accompanied by an impersonal form, would reduce everything in the year down to a few lines on a standardized questionnaire.

Yet times have changed. Sure, this approach might have worked 50 years ago. But we are in an age where things move much faster. We get the news within seconds of it happening, and sometimes as it happens. Even our favorite apps get updates every few weeks. Facebook releases an update to their mobile app every 2 weeks.
Why so often? Things change. Bugs are found and fixed. Features are added or removed.
This approach is part of a larger shift in the workplace called agile management. Instead of waiting until a product is perfect, the goal with the agile approach is to get things out the door. Changes, tweaks, and iterations come over time. Listen to customer feedback, get insights, make changes, then release the update.
With a fast-moving society, this approach is a proven way to get things done. But at some point, we forgot to connect what works in product development to what works in people development. In other words, we a are less intentional with managing our team than we are with managing products.

We will spend nearly all of our time doing things for the customer, but what about the people in our office? What about the other people on our team who are also working for the customer? Are we investing in them, or are we just expecting output?
A severe breakdown happens when we expect work from the person but refuse to invest in the person. We cannot reasonably expect output when no input happens. Or if it only happens once per year.
People, regardless of generation, need constant input. They need to know what works, what doesn’t, and what is expected for the future. They need many small conversations that function as continual course correction, not the appearance of correction on a random day in November.

Our entire society is built on continuous feedback. Remember growing up? Teachers, coaches, and instructors gave you regular feedback on whatever you did. If you play baseball, a coach was there during practice to constantly let you know how to get better. Your teachers offered you feedback as to how to make better grades. Your private instructors told you what to do in order to improve or whatever it was you were doing.
That same mentality now appears in a wide variety of television shows. The majority of competition based reality shows are driven by feedback. The premise is typically the same: a contestant performs a given task, and then judges give feedback. In fact, it was the feedback that made the first several seasons of American Idol so popular. The episodes at the beginning of the season were among the most watched all season. Why? People were entertained by Simon Cowell’s use of British honesty.

So why doesn’t our daily work life look more like the way we manage projects and more like the way our favorite competition shows are set up? Is it because we simply don’t know how to do it any other way? Is it because our company doesn’t offer an official program to do it? Is it because the process can be messy, difficult, and sometimes frustrating?
The answer is simple: feedback can get messy. Why? Because it involves people. We humans are complex beings. We bring our everything we have to everything we do.
Don’t believe me?
Think about the last time you were late for work because of a wreck or traffic jam. Remember the rest of your day? It probably wasn’t the day you brought your greatest solution to a problem. You started frazzled, and likely never recovered. Or think about the last time your kid was sick through the night. Was the next day at work your best? Probably not.
When we come to work, we bring everything with us. Even the most analytical among us still cannot fully segment every aspect of their lives. They bring their past, passions, and pursuits to the table. No matter how hard we try, we cannot separate our lives.
This lack of separation makes feedback much more difficult. When we tell someone on our a team a way they can improve, we may not realize how they are hearing what we say. Our words

Not a generational issue

In my research for Forbes, I’ve talked to a lot of companies. They range from 6 employees to 400,000, from tech to fast food. Our conversations focus on what they do well to find and keep great millennial talent.
Every single company talks about one thing: the importance of regular feedback. Without fail. I’ve heard it from one of the world’s largest technology companies and a company in the medical field. They all tell me regular feedback is crucial to employee engagement and happiness, and they all acknowledge the annual review is dead.
As if it ever had life.
And no one makes the generational mistake of assuming this change should be blamed on millennials. Sure, our conversations start because I’m asking questions about millennials, the largest generation in the country and the largest generation in the American workforce. Yes, data exists from Gallup and other organizations that affirm one truth: millennials are more engaged when they are given regular feedback from their supervisors.
We millennials grew up with access to the world. The older of the millennials, born 1980–1990, were in late elementary school or middle school when the internet became accessible via AOL. The younger millennials saw the iPhone introduced in late elementary school or middle school. Even the oldest among us vaguely remember life before we could get information instantly.
Combine that with the natural feedback everyone gets growing up. From teachers, coaches, parents, and mentors, we are constantly told how to get better. It happens daily for the first 18 years of your life.
Don’t forget to include social media into the equation. Social platforms existed before Facebook appeared in 2004, but none had the impact like Facebook. Then came Twitter, Instagram, Snapchat, and many more. One of the ways we all use social media, whether we know it or not, is to get feedback from our network. We ask a question, seek a recommendation, or look for affirmation for our latest DIY project. This sense of feedback is part of participating in a community; we seek input from others in order to get better.

Works for every generation

Yet here is the part most people skip: every generation is more engaged when they receive regular feedback. The numbers don’t exactly match the millennials, but they aren’t far off. Every generation knows the annual review is dead. Every generation realizes regular input is more beneficial than annual input. Every generation wants to get better daily, not yearly.
The statistics prove it.
As I said earlier, everyone in today’s workforce grew up with constant feedback. Everyone got confused after high school, because people no longer offer productive feedback. Yet many simply accepted the advent of the annual review as part of the job. Over time, people saw it’s inability to actually get anything done. The shift towards ongoing feedback is not exclusively because of millennials, however.
Imagine employee performance is like a flight. I live in Atlanta, GA, so imagine I’m taking a flight from Atlanta to Los Angeles. I’ve never flown a plane, but I imagine it’s never a straight shot to get from point A to point B. Pilots, along with their instruments and computer systems, have to make constant adjustments throughout the flight.
But what if they didn’t? What if they only checked the direction once per flight? How likely is it that they would get to their destination every time? Not very. They make small adjustments along the way, or else they get way off the intended target.
It’s this flight of employee performance that everyone, millennials included, wants to improve. Point A is where we are, and Point B is where we want to be. Getting there takes a lot of adjustments and corrections, but we cannot always see the right adjustments on our own. We need outside perspective to help us make the necessary adjustments to get better.

The phrase “constructive criticism” is sometimes used in place of feedback. Ideally, people offering their thoughts under the guise of “constructive criticism” are presenting their perspective in an effort to help someone get better. They want to help the other person “construct” something better.
Can I point out something? Constructive criticism doesn’t actually exist.
Criticism, by definition, is negative. As the dictionary puts it: “1. the act of passing judgment as to the merits of anything. 2. the act of passing severe judgment; censure; faultfinding.” There’s nothing good there, right? I mean, does that sound positive and affirming to you?
I don’t think so. When I hear someone say they are offering “constructive criticism,” I hear them being negative. While they may offer an insight that’s helpful, it is often masked in a negative attitude and derogatory demeanor.

What this means for you

In the coming weeks, we will walk through steps to find, give, and receive great feedback. If you want to thrive at work and empower your team to thrive, then you follow along over the next several weeks.

And leave your feedback in the comment section below.