Will Millennials Ever Lead Real Change? I’m Not Sure 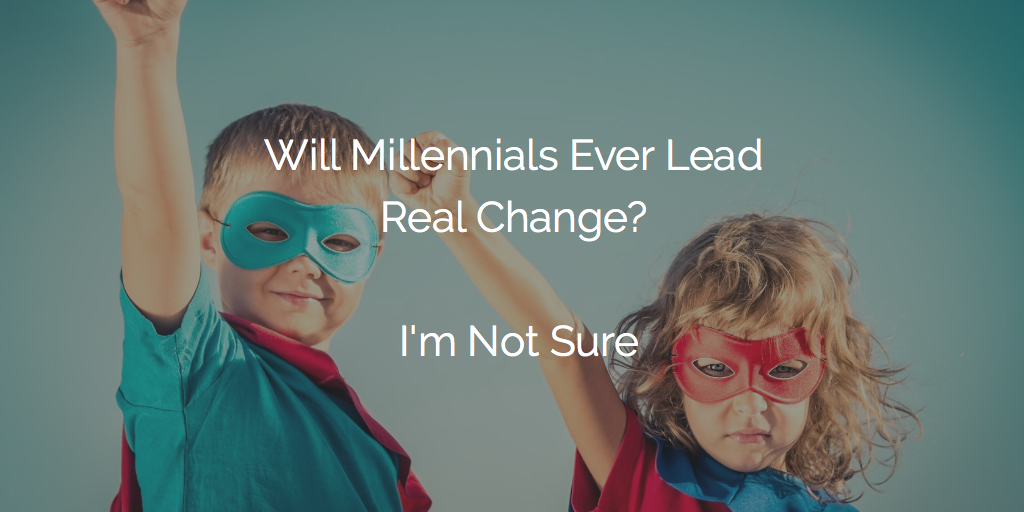 Our country is still in shock after the recent events in Louisiana, Minnesota, Dallas, and other cities around the country. Our social media feeds have been filled with people speaking for or against the issue, and some have begun formal protests to express their opinions.

I watched the local live news coverage (I live in Atlanta, a city that held large protests), as well as searched the Atlanta protest hashtags on Twitter. It was fascinating to see what people were saying and doing.

The closer I watched the protests, the more discouraged I became. Nearly all of those I saw on TV or Twitter were millennials. To see people gathering with strangers to declare a need for sweeping change should be encouraging.

Yet I found quite the opposite to be true.

Why? There was no clear leader of the movement. There was no consistent messaging around specific actions and changes they wanted to see happen. (Though this may change over time).

Beyond that, I saw little to no intelligent discussion and debate online. Instead, I saw an abundance of selfies and 140 character calls for change. I saw arguments, assumptions, and unverified news spreading like wildfire.

For the first time, I was faced with the reality that my generation may not be the ones to lead change in major social issues.

Sure, we have caused change in banking, marketing, and even corporate office location. However, when it comes to major social issues, like systemic prejudice, poverty, and hunger, what change have we led? Causing change and leading change are two different things entirely.

I am afraid of the answer: we haven’t. Yet.

Unless you’ve been living under a rock, you are at least loosely familiar with the hit Broadway musical Hamilton (created by a now 36 year old Lin Manuel Miranda over the course of 6 years….which will further prove my point later). It is the brilliant retelling of the life of founding father Alexander Hamilton through hip hop & R&B music. If you have not listened to the cast album, listen to it here on Spotify.

There are a number of interesting cast interview available online. One interview in particular stands out: an interview with Renee Elise Goldsberry, the actress who portrays Angelica Schuyler. In the interview, she talks of the letters that Angelica wrote to the founding fathers throughout the American Revolution.

Renee’s comment struck me as interesting: she observes that in our world of social updates and text messages, we may be missing the power that exists in long form writing. We don’t have a single place to explain and defend our thoughts in a deep, meaningful way.

In other words, we are increasingly unable to think deeply and articulate those thoughts well.

This issue is not entirely our fault, as our technological age makes it easy for us to be distracted from the things that are most important. We let our moments be filled with the latest tweet, snap, status, or app notification. Those things are fun and enjoyable, but they drain our attention and thinking ability.

I have recently been reading Four Hour Work Week by Tim Ferriss. It is a fascinating example of how to successfully build a low maintenance business in our modern age. One of his main points is eliminating, or the need to delete or delegate things that drain our time, energy, and attention.

The concept of elimination is almost foreign to our modern society. It is easy to see when we have too much physical stuff, but realizing our excess of digital content is harder to diagnose. Yet if we are able to diagnose our digital hoarding, then we can begin eliminating the digital things that draw us away from lasting change.

While reading the concept of elimination, I thought back to the time I visited Mt. Vernon in Virginia. Mt. Vernon is the home to George Washington, a leader in the American Revolution and our first president. One of the most memorable things about my trip was the back porch. 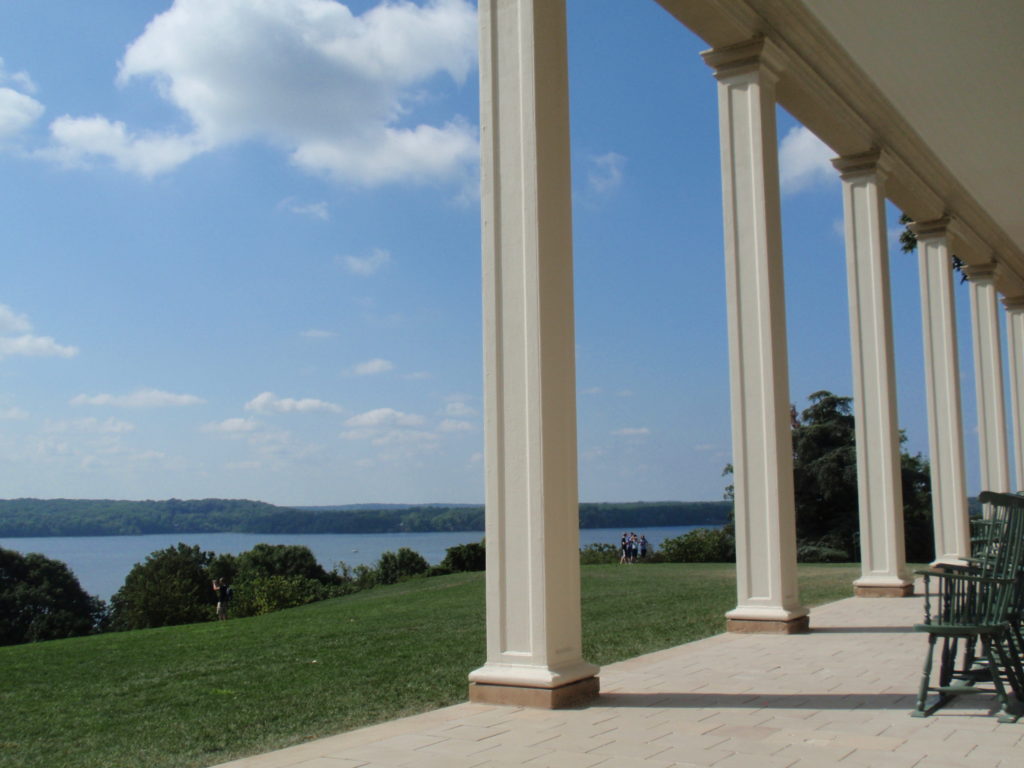 View of the Potomac River from the back porch of Mt. Vernon

During a tour of the main house, the tour guide stopped on the back porch and asked us to look across the river. The woods on the other side of the river were a protected historical site. Why is this important? Our tour guide pointed out that we were looking at the same view George Washington likely looked out while living there.

While I stood there, I began to understand how Washington was able to lead well and think deeply. It was peaceful and freeing. There were no distractions to keep one away from thinking about the most important things in life. There was beauty green scenery, a flowing river, and only the sounds of nature.

Washington is one of the characters in the musical Hamilton. In many interviews, creator Lin Manuel Miranda calls Hamilton, Washington, and other founding fathers geniuses. He says that it was a group of geniuses that helped established our nation.

Were they all geniuses on the IQ scale, or were they individuals who valued the ability to think? Were they naturally gifted with intelligence, or did they pursue knowledge and think critically about important issues? (By the way, 12 of the signers of the Declaration of Independence were younger than 35).

“But Wes,” you say, “I don’t live across the river from a preserved historical forest. I live in a busy neighborhood or a crowded apartment building. And of course Washington was able to think deeply. He didn’t have a smartphone, iPad, or WiFi. And he certainly didn’t have Facebook.”

All of those things are true, but are we really going to blame our devices for our inability to think? Are we going to let our phone notifications (which we can turn off, by the way) keep us from thinking critically about issues that matter?

We, as millennials, need a radical paradigm shift in how to think. Yes, we can help others through thoughtful statements on Twitter or insightful captions on Instagram. But if we are to be a generation that tackles significant issues and leads positive change, then we need to start eliminating the unnecessary noise around us.

Washington, Hamilton, and the other founding fathers were certainly surrounded by noise. Yet that noise was the noise of nature, the sounds of quiet that enabled them to think freely.

If we are to be a generation that leads lasting change, then we need a rhythm of quiet noise in our lives. We need to eliminate much of the noise of our smart phones and social feeds. We need to diligently pursue less in order to think more.

In the end, we will be better at being thinkers. And it is the great thinkers who are able to change the world.