How You Can Be Like an Olympic Gold Medalist Today 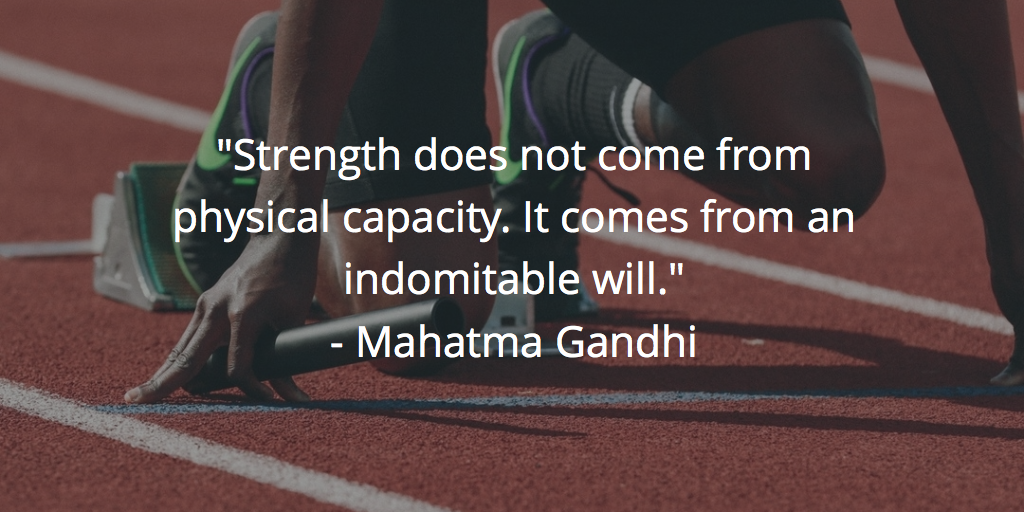 Olympic fever has been strong recently. The world watched (and rightly wondered what was happening) the opening ceremony of the 2016 Summer Olympics in Rio almost 2 weeks ago. Since then, the world has been captivated by the stories of triumph and defeat, success and failure. My social media feeds are consumed with stellar commentary and sarcasm from celebrities and regular folks alike.

Let me pause here and let you know what I don’t mean by my headline: I’m not going to say how you should pose like Usain Bolt after a successful project, or prepare for the workday like Michael Phelps before a race.

One thing that strikes me as odd during every Olympics is the way in which we all become experts in the various sports. Women, for example, often claim to be huge fans of gymnastics and ice skating. Yet they only follow the sports during the Olympics.

Perhaps the most common responses we have to the Olympics are the comments on those who did not do well. As I was eating ice cream on the sofa last week, I found myself commenting (as if I’m an expert) on whatever sport was on at the moment. Perhaps worse, I was judging the performance of the world-class athlete competing at the biggest stage in sports. All while I finished off a bowl of Blue Bell Two Cookie ice cream (it has Oreos AND cookie dough. Hooray!).

Olympic athletes are highly skilled and highly trained. Unlike professional athletes, they only get to compete once every four years. If they’re lucky, they might get to compete at some kind of world championship every year.

The Biggest Difference in Olympic Athletes

I’m not convinced training nor diets nor coaching nor talent disparity are the main differences between gold and last. If that were the case, countries like the Ivory Coast could simply follow the same training regimens as the US to produce gold medalists.

What, you ask, is the difference?

Focus. The ability to settle the mind, trust your training, and go.

People can go through the same training, comply with the same rules, and play the same game. The difference most often is their ability to focus. Or as pro golfer Ben Crane said in a podcast last week, the ability to have a “quiet mind” and go to work.

Focus is something we as human beings struggle to do well. It is simply not in our nature. Notice I did not blame that struggle on technology or a shortened attention span for a  specific generation. Focus is something everyone struggles to do well. If that were not the case, history would have a lot more books written, awards won, and goals achieved.

If we want to succeed at anything in life, we must learn to better shape how we think. We can train our bodies or prepare our teams, but it is the mind that has the highest impact on our performance. Working on how we think helps us better adapt and respond in the moment.

So how can you, like your favorite Olympic athlete, increase your focus in order to reach greater success? Here are 3 ways to consider: