Unless you have been living under a rock, then you know that the 2016 presidential election has been in full swing for a long time. It feels like these candidates have been running since the 2012 election. 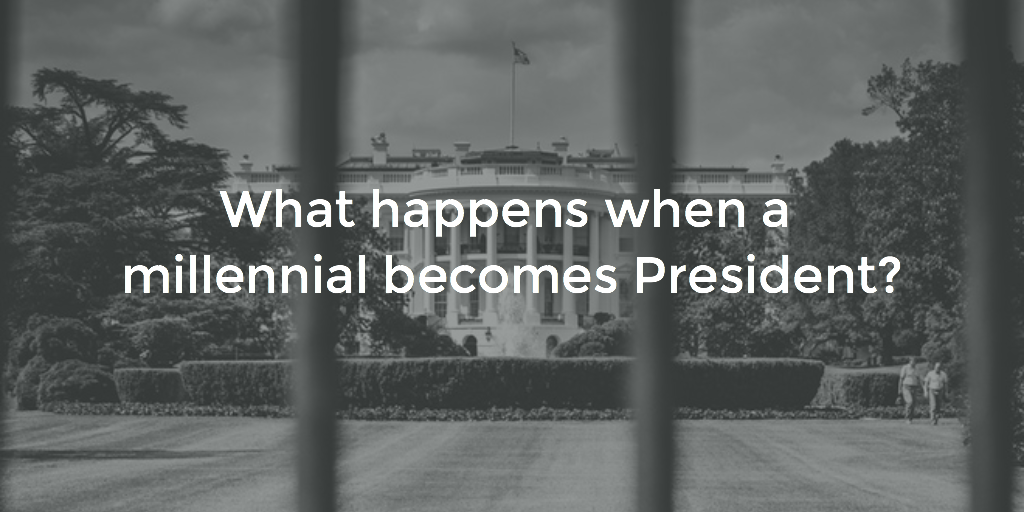 So far, almost all of the talk about the election has surrounded the long list of candidates seeking to win their party’s nomination. There have been debates, attack ads, and lots of Trump jokes.

But there is one thing about this election that no one seems to talk about:

This is the last Millennial-free election.

Sure, millennials have been voting in presidential elections since the memorable 2000 election. But that’s not what I mean by millennial-free.

I mean that this is the last election where no millennial will be running.

There are various schools of thought regarding the beginning year for millennials. One of the most common years is 1980.

So in 2020, it is entirely possible that a number of frustrated 40 year olds will run for a party nomination. This is a really big deal.

Millennials are different than previous generations Sure, we share a lot of the same values and quirks as past generations. But we also have a unique set of traits and perspectives. We are cause-driven. We have few loyalties (except to Apple). Books could be written on this topic alone, but I’m not the person to do it.

Millennials want to challenge the old mindset Millennials in the workplace are already shifting preconceived notions on things like work/life balance. Do not make the mistake of thinking that a millennial in the White House won’t challenge long-standing ideals.

Millennials will work smarter Since we grew up on technology, then we are natives in the digital world. We are pretty natural at digital time-wasters, but we excel at using technology to work smarter. We all know the government is clunky (at best), so a wave of millennials in the highest levels of government could cause a shift in how work gets done.

This is an incredibly short list about something that will likely happen beginning in 2020. As a millennial, I am excited about someone from my generation being president.

What did I miss?